Down River Gets Theatrical Release

Inspired by the life of Babz Chula, Down River is a feature film written & directed by Ben Ratner, starring Helen Shaver, Gabrielle Miller, Jennifer Spence & Colleen Rennison. It tells the emotionally stirring story of three young women teetering on the edge between creative breakthroughs and personal breakdowns, and their connection with the older woman they rely on for guidance, support and inspiration. 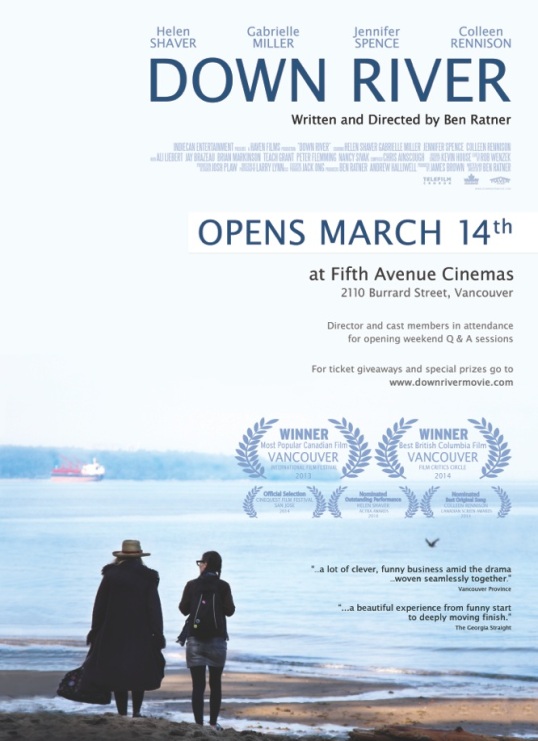 Down River opens at The Fifth Ave Cinemas on March 14th. Writer and Director Ben Rater will be on hand during the opening weekend Q and A sessions, along with several of the cast members, and producer, James Brown.

We are hoping people will come out and see the film as soon as possible in the run and help keep our own films alive in theatres.

The film also opens in Toronto on March 21st at the Cinemark at Yonge and Dundas.